Winning the Fight for Animals in ’07

Last week, I wrote a letter to some HSUS supporters about some of our accomplishments for the year. In many respects, it’s been a remarkable year, and we’ve achieved many of our programmatic goals for the year. For those of you who relish the details, there’s much fodder here for you. And much reason to feel like we are making progress.

As we approach the New Year, I want to let you know how proud I am of what The HSUS and its members have accomplished for animals in 2007. One of our watchwords is “effectiveness,” and the accomplishments listed below demonstrate the vital importance of your support to our mission.

Some people are skeptical about donating to large organizations because they don’t know if their dollars will make a difference. But precisely because our adversaries are themselves so large and powerful, it’s often only a comparably large and powerful group like The HSUS to take them head-on and prevail. Only because of you do we have the strength and the resources to engage them in our fight for animals—and in fights on so many fields of battle. 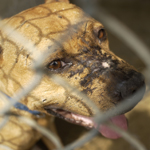 Animal Fighting: We passed a bill in Congress making interstate dogfighting and cockfighting a federal felony, and we banned cockfighting in the last two states where it had been legal—Louisiana and New Mexico. We provided assistance to law enforcement agencies in the Michael Vick dogfighting case, and dozens of other animal fighting cases around the country.

We participated in dogfighting and cockfighting raids from California to Virginia, with one cockfighting bust resulting in the record seizure of 5,000 birds from a criminal syndicate operating in San Diego County. We persuaded Continental, Philippine, and Korean airlines to stop shipping fighting birds. With the new laws, and the publicity we’ve generated, animal fighting raids tripled in 2007. And just this December, we helped pass language in the Senate Farm bill to further upgrade the federal animal fighting law yet again to ban training, breeding, and possession of fighting dogs, and to allow for prosecution of dogfighting crimes even if there is no interstate activity. Animals in Research: We persuaded the National Institutes of Health to ban the any new breeding of chimpanzees for research, and we launched our Chimps Deserve Better campaign to stop any research on these great apes. A new National Academy of Sciences report encourages scientists to move away from the use of animals in toxicity testing. We secured language in the House and Senate versions of the Farm Bill that stops Class B dealers from selling “random source” dogs and cats to medical research, increases the penalties for research violations of the Animal Welfare Act, and prohibits the use of live animals in sales and marketing demonstrations.

Animal Sheltering and Support for Other Animal Welfare Groups: We provided hands-on care to thousands of animals at our network of sanctuaries and wildlife centers. We provided training and consultation for animal shelters to improve their operations. And we gave millions of dollars in grants to local organizations and institutions, making The HSUS the third largest U.S.-based grant-maker to animal protection causes. Disaster Relief: We responded to the wildfires in southern California, and helped save more than 1,000 animals—dogs, cats, horses, goats, and others. We also deployed our disaster response teams to Texas and Mexico to help animals affected by Hurricane Dean. And we trained people and agencies around the country in disaster preparedness for animals. Our disaster teams also responded to a raft of other crises for animals, including hoarding, animal fighting raids, and puppy mill cases.

Events: We conducted a series of events that trained thousands of people and recognized talented individuals for their work for animals.

Our Genesis Awards honored those in media and entertainment who include animal protection in their creative works. Our Humane Law Enforcement Awards acknowledged the remarkable work of prosecutors and police to bring people to justice who commit crimes against animals. Our Pro Bono Litigation Awards honored some of the nation’s biggest law firms who donated their time and won animal protection cases. Our Animal Care Expo drew hundreds from the U.S. and foreign sheltering communities for the purpose of professionalizing the field. Our Taking Action for Animals Conference taught grassroots advocates the basics on becoming stronger advocates for animals.

HSUS staff organized and conducted hundreds of workshops ranging from Lobby 101s, to animal fighting training for law enforcement, to compassion fatigue for shelter personnel, to First Strike for social workers and law enforcement on the link between animal cruelty and human violence. Factory Farming: We passed the first bill in a state legislature to outlaw cruel confinement of farm animals when Oregon banned gestation crates for breeding pigs. Following on our successful state ballot initiative campaigns in Arizona and Florida, North America’s largest pork and veal producers—Smithfield, Cargill, Maple Leaf, Marcho Farms, Strauss Veal, and the American Veal Association—announced they would phase out crates for pigs and calves.

Just last week, Colorado pork producers announced that they would phase out gestation crates over the next decade, and this came on the heels of HSUS discussions with them and other agriculture leaders in the state about the need for this reform and others. Fur: We continued a major investigation into the U.S. fur apparel industry, revealing that dog fur is entering the country from China and many fur-trimmed garments are being falsely labeled and falsely advertised as “fake fur.” Our efforts persuaded leaders in the fashion industry such as Calvin Klein, Kenneth Cole, Tommy Hilfiger, and Foot Locker to go fur-free, and other designers and retailers such as Burlington Coat Factory to drastically reduce the amount of fur they sell.

We passed two precedent-setting bills in the New York state legislature to require accurate labeling of all fur garments, and ban the electrocution of animals in fur factories. Horse Slaughter: We passed state legislation in Illinois to ban horse slaughter, and we won two federal court decisions upholding the state laws in Illinois and Texas, shutting down the three remaining equine abattoirs in the U.S.

We conducted a major investigation of horse slaughter plants in Mexico, and continued to work in Congress to ban exports of live horses for slaughter in other countries. We secured an elephant ivory ban prohibiting the international commercial trade in ivory for nine years, pressured Iceland to end commercial whaling, and persuaded the United Nations to toughen its policy against shark finning. In the Philippines, we were instrumental in passing and enforcing a ground-breaking new law to help end the cruel commercial dog meat trade.

We continued to investigate and combat Canada’s gruesome hunt of Atlantic harp seals, and our boycott of Canadian seafood now has the support of more than 1,000 restaurants and food businesses and 300,000 individuals, costing Canadian fisheries close to $500 million since the boycott began in April 2005. Humane Wildlife Services and Wildlife Land Trust:We launched a new, innovative program called Humane Wildlife Services in the Washington, D.C. area and on Cape Cod, Mass. It provides direct assistance to homeowners and businesses who want humane and effective solutions to urban wildlife problems. We hope to expand the business model to other urban and suburban communities around the country.

We also launched a 5-year, multi-million dollar contraception project to humanely control the numbers of wild horses in the West as an alternative to costly and cruel round-ups.

We added a dozen properties to our Wildlife Land Trust, and now have lands and wildlife protected in 36 states. Inhumane Hunting Abuses: We continued passing laws to ban Internet hunting, with 34 states now prohibiting the practice. We defeated legislation that would have opened a dove hunting season in Iowa and allowed hunting on Sundays in several states. Our lawsuit in federal court resulted in sport hunts being stopped on National Wildlife Refuges. We passed a bill in California to ban the use of lead shot in the habitat of the endangered California condor.

Innovations and New Programs: We launched a wide range of new programs, including Animals and Religion and Equine Protection. We also established Humane Capital Partners, the first and only animal protection venture capital fund that will invest and grow companies producing humane products and services.

Legal Action: Our team of a dozen in-house attorneys continued filing and winning precedent-setting cases for animals. We won court victories to protect endangered right whales from being harmed by fishing longlines, to stop invasive research on Steller sea lions, and to protect wolves and Canada lynx. We forced the USDA to begin restricting the long-distance truck transport of farm animals, so they can receive food, water, and rest at least every 28 hours. Under HSUS pressure, the Florida Department of Agriculture developed new rules for veterinary health inspections of dogs sold in the state. We blocked a U.S. Department of Commerce attempt to weaken the definition of the “dolphin-safe” label for tuna. We secured language in Congress directing the U.S. Department of Housing and Urban Development to no longer require residents in federal housing to de-claw their cats. And we launched our “After Katrina” project, granting more than $1 million to animal shelters and investing millions more in spay/neuter and other programs in Louisiana and Mississippi to build a better future for animals on the Gulf Coast.

We also joined as primary supporter of ballot initiative campaigns to ban greyhound racing in Massachusetts and to prohibit the cruel confinement of animals on industrial factory farms in California. The farm animal measure has the potential to mitigate suffering for 20 million animals. We support ballot initiatives in progress in Alaska to ban aerial wolf hunting, in Florida to empower local communities to curb development, and in North Dakota to ban canned hunts. Puppy Mills: We worked with law enforcement agencies to bust abusive puppy mill operations in Maine and Texas. We conducted a major undercover investigation of puppy mill auctions, a ground-breaking probe of the puppy mill industry in Virginia where we found nearly 1,000 unregulated commercial dog breeders, and a famous Los Angeles-based pet store (Pets of Bel Air) that exposed the link between pet stores and puppy mills. We rescued more than 1,000 dogs from one of the Virginia mills, and placed them in animal shelters around the country. We worked in the U.S. Senate to include language in the Farm Bill that bans the import of dogs from foreign puppy mills.

These are some of our accomplishments achieved with your investment in 2007. We are now backed by 10.5 million supporters—one in every 30 Americans—and a remarkably talented staff. That combination of human assets gives us the strength and the means to have a profound and lasting impact on how society treats animals. I hope you will consider making a special year-end donation, so that we can accomplish even more in 2008 and beyond. We are ushering in remarkable changes, and only with more investments and action we will see more reforms.

P. S. We’ve produced a three-minute video that touches on these victories if you’d like to watch: 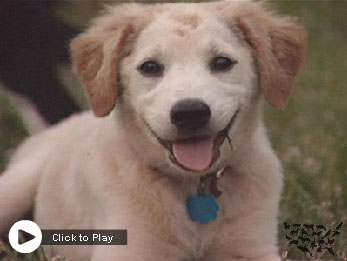