“Take care to get information” wrote 17th century author Balthasar Gracian in “The Art of Worldly Wisdom,” his collection of 300 aphorisms on how one should live. Here at The HSUS, getting information is prerequisite to taking effective action on behalf of animals.

Perhaps nowhere is this more critical than in the field of animal experimentation. The tens of millions of animals used in biomedical research in the U.S. are kept behind closed doors, with scientific studies—when published—providing only sanitized glimpses of what the animals experience.

One of the few “windows” into a research facility’s animal laboratories has been the annual reports that these facilities file with the U.S. Department of Agriculture under the Animal Welfare Act. 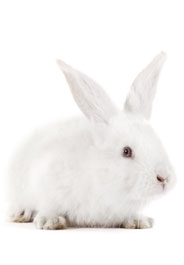 These reports have been available to the public under the Freedom of Information Act. However, this process has been frustratingly slow, with months—sometimes years—passing before the requested reports are provided.  And to make matters worse, the USDA often redacted key portions of the reports or failed to locate reports altogether. The agency briefly experimented with putting the reports online—making them readily available to the public—but this was short-lived.

Now, thanks to an HSUS lawsuit, aided by a commitment of the Obama administration to “usher in a new era of open government,” this frustrating situation is about to change.

According to a settlement reached earlier this month in our lawsuit against the USDA, research facility reports must now be made publicly available online, and in a timely manner. Additionally, less information will be redacted from the reports. The USDA will also have to indicate on its website which facilities did not submit annual reports, and thereby violated Animal Welfare Act requirements.

The annual reports at issue describe the numbers and species of animals used in experiments, as well as whether or not the animals experienced unrelieved pain and distress (if so, an explanation of the procedure and scientific justification must be included). The reports must also contain an explanation of any cases in which research protocols did not comply with the Animal Welfare Act—such as by restraining a nonhuman primate for more than 12 hours—owing to alleged scientific necessity.

While these reports don’t contain all of the information we’d like to have, they are our main, and virtually only, source for getting a glimpse of the level of animal research occurring in any given facility. We use the reports to track the most common procedures reported as causing unrelieved pain and distress or triggering exceptions to the Animal Welfare Act, as well as the scientific justification for those procedures and exceptions, among other trends. After our four-year legal battle, gaining access to this unique information will no longer take years.

A postscript: With the passing of Walter Cronkite, The HSUS and the animals have lost a true friend. Only three years ago, then HSUS staff member Rob Blizard sat down with the veteran broadcaster and big-time humane advocate to discuss his lifelong interest in animals. Cronkite was a supporter of The HSUS and the recipient, in 1990, of our James Herriot Award. Whether it was our campaign for whales in the early 1980s, or our long-term work in support of pets and the people who love and care for them, he was a stalwart, and we’ll remember him fondly, and with gratitude.