The run up to any new year provides an opportunity for a look back. But now that we are turning into 2010, it’s an opportunity to conduct a longer-term review of the major events and trends of the last decade (though one might argue the end of 2010 is a more suitable marker). It’s no easy task settling on the stories. Certainly there are other major stories that did not make the cut, such as the pet food safety scandal and the rise of pet cloning and other forms of animal cloning. The critical and popular successes of books like “The Omnivore’s Dilemma” by Michael Pollan, Eric Schlosser’s “Fast Food Nation,” and Rory Friedman’s “Skinny Bitch” helped put food issues into the national discourse and prompted millions to think about eating lower on the food chain. The global movement to stem climate change was big news, but so was the odd omission of animal agriculture-related emissions from major policy debates. I’d be interested to know if you think I’ve missed a worthy subject, but I think all of the items below were mega stories. 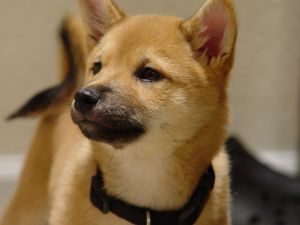 Hurricane Katrina (2005): The destruction wrought by Katrina resulted in the largest animal rescue operation in history. Largely in response to seeing the images of animals in distress and people working to rescue them, the American public donated more than $100 million to a bevy of animal organizations to assist with that rescue and the subsequent Gulf Coast rebuilding project, which continues. The awareness brought by Katrina prompted the passage of the Pet Evacuation and Transportation Standards Act (PETS) in Congress as well as about 20 state laws setting new policies that require attention to animals in disaster response. In the broader sense, Katrina was an affirmation of the human-animal bond, and our perceptions of that bond have forever changed because of the response to the storm.

Michael Vick case (2007): The arrest and guilty plea of NFL star Michael Vick for illegal and barbaric dogfighting activities brought the issue of animal cruelty into national focus. The Vick case resulted in more than half of the states upgrading their laws and a doubling of arrests, as well as an upgrade of the federal law against animal fighting. His arrest came in the same year that New Mexico and Louisiana passed bills to outlaw cockfighting—leaving no state with legalized animal fighting once those laws took effect. Downer Cows (2003 and 2008): A downer cow in Washington state tested positive for mad-cow disease just before Christmas in 2003, and more than 50 nations closed their markets to U.S.-produced beef. In the end there was a $12 billion impact on the beef industry. We had been warning about the dangers of allowing downer cows in the food supply, but the industry didn’t heed the message. Then, in 2008, we released the results of an HSUS undercover investigation at the Hallmark-Westland slaughter plant in Southern California. The images of workers abusing downer cows caused the nation to cringe, and it resulted in the largest meat recall in American history and the finalization in 2009 of a national no-downer policy instituted by President Obama.

Factory farming ballot measures (2002, 2006, and 2008): Voters made Florida the first state to approve a statewide measure banning the long-term confinement of animals on factory farms—outlawing gestation crates for breeding pigs. Arizona voters approved a similar measure, banning veal and gestation crates and also veal crates for calves, leading the nation’s largest pork and veal producers to make pledges to phase out crates and transition to group housing of animals. And then California voters approved Prop 2 in November 2008, banning those crates and also battery cages for laying hens. Such advancements also paved the way for other states to enact similar bans, including Colorado, Maine, and Michigan. These victories made clear that Americans care about all animals, including those raised for food.

Oprah slams puppy mills (2008): Oprah did a series of programs on puppy mills and helped bring awareness of this problem to millions of people throughout the world. Since the broadcasts, we’ve rescued thousands of animals from puppy mills. Just this year, 10 states have approved legislation to impose tougher standards on large scale dog breeding operations, and the new standards have prompted a number of deficient puppy mills to shut down. And a raft of protests has cause pet stores to close or at least to stop selling puppies from mills.

Resurgence of Canadian Seal Hunt Campaign (2003): Canada’s propping up of the world’s largest marine mammals slaughter prompted the renewal of an HSUS/HSI full-scale campaign to combat the seal hunt, including our call for an international boycott of Canadian seafood products. The campaign drew celebrity support, including a visit to the ice floes by Sir Paul McCartney in 2006. In 2009, the European Union, responding to our campaign, voted to ban any imports in its 27 member nations.

Keiko (2002): After a long campaign to rehabilitate and free him, Keiko (1977?-2003), the orca star of Free Willy, spent more than a month on his own in the open ocean, swimming between the coasts of Iceland and Norway, before succumbing to pneumonia. Keiko’s story sensitized tens of millions of people worldwide to the plight of whales and other marine mammals, both in captivity and in the wild.

Horse Racing Deaths (2006): Barbaro won the Kentucky Derby and was heavily favored to win the Preakness, but an injury during that race led to the horse’s demise some months later. Two years forward, the filly Eight Belles collapsed after finishing second in the Kentucky Derby. Her injuries were so severe that she was euthanized on the track. The deaths of Barbaro and Eight Belles sparked intense debate about the training and breeding practices within Thoroughbred racing, along with the absence of any national regulatory authority.

Dominion (2002): Few books concerning animal welfare have had the impact of “Dominion,” authored by the conservative speechwriter Matthew Scully. Scully’s elegant and forceful plea for compassion and his bracing indictment of cruelty in the realms of factory farming and trophy hunting struck a powerful and resounding note with millions of Americans who became aware of his concern through reading the book or the numerous interviews and reviews it inspired. Taking apart the arguments of the critics of animal protection, Scully centered his argument on a call to mercy and a reminder of our basic moral responsibilities to other creatures. His work reinforced that opposition to cruelty is a universal social concern, and sparked sympathetic commentaries from conservative commentators like George Will and Rush Limbaugh.

Exotic Animal Attacks (2003): The decade included a raft of incidents that affirmed the folly of keeping dangerous wild animals as pets or performers. The 2003 attack on Roy Horn by a tiger and a series of other incidents, including a man with a tiger in his apartment in Harlem, prompted Congress to clamp down on the trade in big cats as pets. Travis the chimpanzee attacked Charla Nash in February 2009, leaving her severely disfigured. A toddler in Florida this year was killed by a pet Burmese python, and that incident, along with the knowledge that there may be tens of thousands of pet pythons now inhabiting the Everglades, prompted additional calls for reform. At least 11 states took action to prohibit keeping certain dangerous wild animals as pets.