Worldwide, more than 100 million animals are used every year in laboratory experiments. Many of them suffer terribly; virtually all are killed in the process. As a key part of our work to help animals in laboratories, we push for scientific efforts to replace animal testing with more sophisticated alternatives.

A particularly crude and infamous test is the Lethal Dose 50 percent test, in which various doses of a substance are given to groups of animals in order to determine the amount that kills 50 percent of them. Developed in the 1920s, the LD50 test is now being replaced by a variety of procedures, some of which use fewer or no animals. Yet some uses of this inhumane test persist. 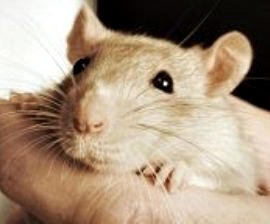 One of the most disturbing examples is the testing of batches of Botox© and related products that share the same active ingredient: the potent botulinum neurotoxin. Yes, that Botox—the popular anti-wrinkle treatment, which also has several medical applications. In this context, death from the LD50 test comes slowly and distressingly from suffocation. Somehow, the LD50 test became the industry standard and regulatory requirement for gauging the potency of these products. Incredibly, it’s estimated that more than 100,000 mice per year are subjected to this test for Botox-like products worldwide.

But now, following a seven-year effort by The HSUS and our partners, these animals can quite literally begin to breathe a little easier. On Friday, Botox manufacturer Allergan announced that the company has developed—and received federal approval for—a new procedure that avoids using animals in testing this product. The company expects the new method to reduce animal use in Botox testing by 95 percent within three years, as it secures regulatory approvals outside the United States.

We began urging Allergan to replace this test after a 2003 exposé by the Fund for the Replacement of Animals in Medical Experiments revealed the industry-wide practice of using the LD50 test for Botox-like products. Dialogue with the company initially proved unproductive, so we partnered with Calvert Investments to file a series of shareholder resolutions. We withdrew our third resolution last year when Allergan increased disclosure about its efforts to develop an LD50 alternative and CEO David Pyott made a firm commitment to progress.

The HSUS and Humane Society International will urge other companies that manufacture Botox-like products to assess whether the new testing method can be tailored to those products, to spare more animals from suffering.

Allergan’s achievement was not a trivial task—the company ended up spending 10 years and $65 million developing the alternative, for which they deserve considerable credit. This is a welcome example of the power of scientific innovation, spurred by humane concern, to replace long-standing uses of animals. Millions more animals in laboratories await similar outcomes.