I wrote recently about an important lost opportunity in the Senate as certain lawmakers, working on behalf of the meat industry, worked to block our egg industry reform amendment from consideration when the farm bill came to the Senate floor. The Senate did ultimately allow consideration of an amendment―from Sens. David Vitter, Maria Cantwell, and Richard Blumenthal―to criminalize attending or bringing children to an animal fight, with the Vitter amendment passing by an overwhelming count of 88 to 11. 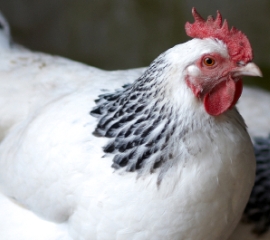 The action on the farm bill now moves to the House of Representatives, where it becomes all the more urgent that we get a favorable vote on the legislation to begin the phase-out of barren battery cages in America. (We’ll also seek to attach the animal-fighting amendment to the House farm bill, and given that the House animal fighting bill, H.R. 2492, has 200 cosponsors, we’re confident we’ll win a vote if one is allowed). If the House approves the egg industry reform amendment, we’d hope that lawmakers in a House-Senate conference committee would agree to keep the House-passed egg provisions in the final bill. Again, it’s important to remember that the Senate did not reject the amendment―a few key lawmakers did not allow it to come up for a vote, so we don’t have a measure of where the full Senate stands on the issue.

A lot of you asked how the egg industry reform amendment was excluded from consideration, and there’s no easy way to explain that. Senate procedure can be very complicated and subjective. The key point is, we must succeed in attaching the amendment to the House bill, or we’ll lose a very logical vehicle (the 2012 farm bill) for consideration of this issue. We now have nearly 100 co-sponsors on the House bill, H.R. 3798, and we are encouraging our supporters to contact their Representatives and to urge them to co-sponsor the underlying bill, as a way of building support for the amendment.

We have more than 1,000 farmers who have endorsed the legislation, and newspapers throughout the country have weighed in and urged support for the landmark agreement from two long-time adversaries. Here are a few of your comments about the battery-cage reform being excluded from the farm bill:

Many thanks for continuing to fight the good fight and know there are millions of us who stand with HSUS on this. I live in North Carolina (where factory farming continues to have an iron-clad grip) and am reminded of the legendary Jim Valvano's iconic words from 1993: “Don’t give up, don’t ever give up!” For those of us who care, that will never be an option. ―Julie Griffith

Very sad news, and it once again proves that Congress is dominated by "people of power and money," rather than "people of conscience and compassion." I hope that HSUS can somehow "inflame" the American public about this issue, and have them cry "UNACCEPTABLE" at the travesty that the Senate has underwritten on behalf of the cattle and pork lobbies. DISGUSTING! ―Craig Cline

Thanks for all that you and The HSUS do. Without you, I cringe to think of how far we would be in our efforts! As a consumer, I speak with my wallet and encourage others to do the same. I just wish it could do more, faster, to overcome the strength of politics. ―Kim

Are any of these politicians shown actual pictures of the conditions of these factory farms? They should be required to walk through one….one that has NOT been cleaned up for the surprise visit. ―Marilyn Morgan Holzerland

How did our country become so corrupt that a handful of big meat industries can lay down the law and our Senate bows under it? This is shameful. The only way they can keep winning this is to keep the majority of the American people in ignorance of their inhumane factory farming systems. This is where HSUS comes in―getting the word out. I am truly ashamed and disappointed today but I have NO DOUBT that we will prevail on the side of right and compassion in the end. ―Ann Nevans

At the same time, many of you were happy to hear that the animal fighting measure did pass as part of the Senate farm bill:

My admiration for your/ HSUS's energy and focus to keep up these battles runs deeper than I can express. Thank you for keeping us informed and part of process. I was pleasantly surprised that my two senators from Georgia voted for the amendment! I even emailed them a thank you… ―Ellen

This is great news! It's nice to see the good guys win for a change. ―Anthony S. Andrews

No important and significant reform ever comes easily. Our negotiation with the United Egg Producers was very challenging, and now our work with Congress comes with its challenges. But we are steadfast in knowing that this pathway is best for hens and for the country. We need to let the American public know what’s at stake, so they demand the right response from their lawmakers.