Cosmetics Companies Backslide on Pledge to Be Cruelty-Free

We’ve had a global setback on animal testing, and it’s critical we turn it around. A number of companies that were cruelty-free have suspended their policies in order to break into the lucrative cosmetics market in China, which is among a small handful of nations of the world that still require animal testing for cosmetics sold there. 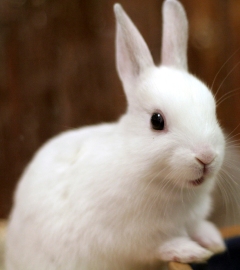 Today actor, comedian, and HSUS/Humane Society International supporter Ricky Gervais spoke out against cosmetics companies that are sacrificing their principles in order to access the Chinese market. Yves Rocher, L’Occitane, Mary Kay and Caudalie have now been removed from the internationally recognized Leaping Bunny.org list of cruelty-free companies for their change in policy. To their great credit, Urban Decay and Paul Mitchell have maintained their policies and vowed not to sell products there until China flips its position.

“Like me, most people will be shocked to learn that testing cosmetics on animals is often still a legal requirement in China,” Gervais said. “By law, rabbits must have cosmetic chemicals dripped in their eyes or spread over their sensitive skin, causing sores and bleeding. It makes me really angry that this is still going on, and it makes me particularly angry that some previously cruelty-free companies are abandoning their principles and returning to animal testing in order to profit from the Chinese market.”

While I consider the actions of these companies feckless, the root of the problem is China’s conservative regulatory policy. Through our global Be Cruelty-Free Campaign, we're calling on Chinese authorities to give the country’s cosmetic testing policy a makeover, replacing outdated and wasteful animal testing requirements with cutting-edge non-animal methods.

It’s unacceptable that the policies of a single country should be allowed undermine the global movement to end animal testing for cosmetics. That’s one of the signature areas of progress for our movement in the last quarter-century, and we cannot turn back the clocks. Please take a stand against animal testing for cosmetics by signing our online pledge to be cruelty-free.