Your Vote Counts for Animals

Today is an important day for any civil and democratic society, as private citizens vote, in free and fair elections, for individuals to serve our society in local, state, and federal offices, and, in some states, for initiatives or referenda relating to taxes, social issues, or other pressing concerns. Frustration with the American political process is at an all-time high and the process is very far from perfect, but it’s still the best system in the world. 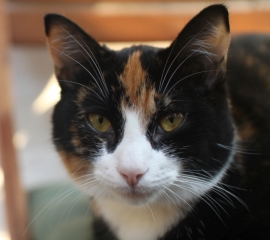 Liz Bergstrom/The HSUS
North Dakota's Measure 5 would make it a felony to
maliciously and intentionally harm a dog, cat, or horse.

Half of the states allow initiatives and referenda, providing the opportunity for direct lawmaking by citizens and heightening the public’s sense of civic participation and engagement. The HSUS has long supported that process, and we think it should be expanded to states without it now. The initiative process has been instrumental in many critical reforms in our society, including animal protection. Since 1990, The HSUS and The Fund for Animals have led more than 30 successful ballot measures to outlaw cockfighting, restrict the use of steel-jawed leghold traps, ban hounding and baiting of bears, and end the extreme confinement of animals on factory farms. Only when state lawmakers fail to adopt popular reforms do we launch and pursue initiative campaigns.

Here’s a current example. In North Dakota, state lawmakers have repeatedly failed to make malicious animal cruelty a felony, and last year voted down a bill just to study the issue. Citizens there, with the help of The HSUS, the Humane Society Legislative Fund, and The American Society for the Prevention of Cruelty to Animals, have put a measure on the ballot to make North Dakota the 49th state with felony penalties for malicious cruelty. That initiative, Measure 5, will be decided today. Opponents of the measure, mainly in the ranching and agriculture community, are fighting hard to defeat it, but even they concede that such a felony cruelty statute is warranted. They’ve vowed to push for state legislation to create a comprehensive felony standard in 2013. So win or lose today, we hope the reform is adopted soon in North Dakota, leaving only South Dakota without such a law.

Through the decades, our movement has been focused on animal sheltering and rescue, and with good reason, since so many animals are at risk. But we cannot rescue our way out of the many crisis situations that exist for animals. And rescue is not even a workable concept when there are legal and sanctioned uses of animals like factory farming and animal testing, with literally billions of animals caught up in these industries.

The only way to solve the many problems for animal welfare is to stir the conscience of people about the needs of animals and to have baseline standards reflected in the law. In short, one essential component of any successful social movement is to invest in political activity for animals.

And voting in a general election, like today, is just one aspect. The political work necessary for animal protection means informed voting behavior, but also involves a strong understanding of the issues, a readiness to lobby lawmakers and work with enforcement agencies, a commitment to driving these ideas forward in the press and on social media and throughout society, and a determination to enact laws in the long stretches between elections.

On Election Day, remember this is not the end of the process, but the beginning. The HSUS exists, in part, to organize people of conscience, and through our collective and organized efforts, to drive the ideals of animal protection and to embed them in our legal codes and in the fabric of our society.