A Scientific Indictment of Animal Research and Testing

“What are the alternatives to using animals in medical research?” This is a legitimate question I am often asked, and now, due to scientific innovation and increasing evidence of the shortcomings of animal research, it is becoming easier to answer. A newly published scientific paper shows that a reliance on mice in medical research has been potentially useless for three major, often-fatal conditions: sepsis, burns and trauma. The 10-year study, worked on by 39 scientists from across the country, reports that humans and mice respond to inflammation completely differently. According to The New York Times, the researchers could not, initially, get their paper published because the results from the human studies were so different from the mouse studies that no one thought the findings were accurate. This highlights how strongly and uncritically some scientists continue to believe that because mice are mammals, their biology and physiology are comparable to our own. 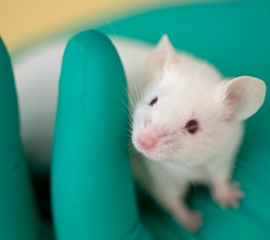 So what does all of this actually mean? It means that for decades, scientists and pharmaceutical companies have worked on developing drugs for sepsis, burns and trauma, based on information from mouse studies, but found that the mouse response to treatment is inconsistent with the human response. As a result, time and money have been wasted and treatment opportunities to help patients were delayed or overlooked.

The HSUS and Humane Society International are at the forefront of pushing for change and have urged similar critiques of other areas of animal research. For example, through our chimpanzee campaign we have argued there are major problems with chimpanzee research and this was finally confirmed by the Institute of Medicine last year. And leading research journals have published studies by HSI scientists demonstrating the shortcomings of animal models for the study of asthma and Alzheimer’s disease.

However, it is important that we not simply focus on the failures of the current animal research paradigm, but that we also encourage new investment in innovation and the development of non-animal alternatives based on human cell systems and human studies. In 2007, the National Academy of Sciences produced a report which stated that toxicity testing without animals can be realized in the not-too-distant future. We have launched the Human Toxicology Project Consortium to make this vision a reality and have also been successful in getting Congress to invest more on approaches that are faster, cheaper and more precise without the use of animals.

The National Institutes of Health is also moving in this direction with the launch of the National Center for Advancing Translational Sciences in December of 2011. NCATS seeks, among other things, to speed the development of effective medicines. According to NIH Director Francis Collins, the development and approval of a drug currently takes an average of 13 years, often using expensive and time-consuming animal studies that cost more than $1 billion, yet the failure rate for these tests exceeds 95 percent.

For one of its first projects, NCATS partnered with the Defense Advanced Research Projects Agency and the Food and Drug Administration to provide funding for the development of “on-a-chip” technologies that use donated human tissue to mimic human organ systems in order to screen for safe and effective drugs. This is a compelling example of the possibilities of innovation in medical research, but much more is needed.

A growing number of scientists are coming to believe, as we do, that in order to reverse the slow pace of progress in fighting cancer, asthma and other major diseases, we need far greater investment in 21st century tools and technologies that are directly relevant to humans. It is these modern techniques that are better equipped to unlock the answers to human illnesses that currently elude us, while at the same time reducing, and eventually superseding, whole animal research. This is the future we are working to create – a win-win for everyone.