Behind the Appealing Websites, Appalling Realities

Yesterday for the 13th time in the past two years, our Animal Rescue team deployed to North Carolina for a puppy mill rescue. Our team, with support from local animal welfare groups and law enforcement, rescued 58 small dogs. Most of them were in very bad condition, mainly due to untreated infections and injuries. Like most of the other puppy mills that have required our intervention, this facility was selling puppies directly to the public via the Internet. Because the federal government and North Carolina law are silent on the issue, the mill operated without oversight or inspections. It was only because the animal treatment was so bad that law enforcement made the judgment that violations of state anti-cruelty laws may be taking place. The owner surrendered the dogs to authorities. 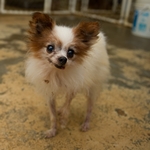 Meredith Lee/The HSUS
One of 58 dogs rescued from
a N.C. puppy mill on Tuesday

Yesterday’s rescue follows an investigation that aired Sunday by an ABC affiliate in Seattle regarding a different Internet puppy seller. KOMO 4 News updated the story of Wendy Laymon, a Missouri breeder we exposed in our 2010 and 2011 Dirty Dozen reports on some of the worst puppy mills in Missouri. As the ABC story notes, Laymon was fined and jailed in Washington state more than a decade ago for animal-related charges, only to move to Missouri where the regulatory climate was, at the time, less strict. Using the Internet, she continues to sell puppies, including some whom she claims are “rescued.” Laymon and the North Carolina breeder are just two examples of hundreds of unethical breeders who are currently able to avoid federal regulatory oversight by selling over the Internet.

We’ve been working to plug this loophole, and just today, we are pleased to announce the introduction of federal legislation to crack down on Internet puppy mills. That legislation –  S. 395 and H.R. 847, also known as the PUPS Act, or “Puppy Uniform Protection and Safety Act” –  is sponsored by Sens. Dick Durbin, D-Ill. and David Vitter, R-La., and Reps. Jim Gerlach, R-Pa., Sam Farr, D-Calif., Bill Young, R-Fla., and Lois Capps, D-Calif. We thank these lawmakers for taking a stand against puppy mill cruelty and working to correct that gaping hole in the law.

Last summer, we alerted you to a proposed federal rule from the Obama Administration to close the internet puppy mill loophole. We asked you to share your concerns with the U.S. Department of Agriculture about dogs in unlicensed Internet puppy mills – and hundreds of thousands of you took action. Thanks to your incredible response, The HSUS and a coalition of national groups submitted nearly 350,000 public signatures and comments to the USDA in support of a proposed rule to regulate Internet pet sellers under the Animal Welfare Act. That rule would have an effect similar to the PUPS Act.

We thank the Obama Administration for proposing this rule to deal with Internet sellers and to have them brought under the regulatory authority of the USDA, just like the large-scale sellers of dogs to pet stores. But final action is overdue, and we hope the abuses that we continue to bring to light provide enough incentive to complete the job they started and bring relief to so many suffering dogs.