Going to Bat for People and Their Pets

The HSUS has worked for more than a half century to develop effective strategies for shelters to drive down euthanasia of healthy and treatable dogs and cats. One primary strategy has been to promote spaying and neutering, and the other, to promote adoption. A corollary strategy, which is becoming an increasingly important focus for the most effective shelters and rescue groups, has been to provide resources or advice to assure that pets stay in the home once they are there, since relinquishment has become the number one source of animals coming in to shelters.

In New York, we’re implementing innovative approaches strategies through our Pet Help Partners program to keep animals in the home and to work through problems that pet owners are having. Our helpline fields thousands of calls each year from families struggling to resolve conflicts that threaten to separate them from their pets – whether it’s due to a life crisis such as job loss, a family member who has developed an allergy to their pet, a pet behavior problem they don’t know how to resolve, or sometimes a conflict with a landlord. 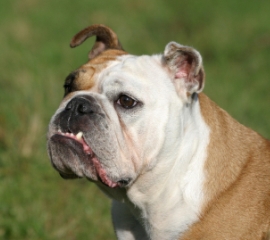 New York City is the highest rent and apartment-living market in the U.S., and helpline calls from people experiencing housing-related conflicts are common. Often, these family and pet relationships are saved simply by talking through options with one of our helpline counselors who can provide information about their tenant rights under the law. In some of the more extreme cases, PHP seeks assistance from The HSUS’ Animal Protection Litigation department, whose members work to develop and implement legal strategies for helping animals.

Here is how our work helped two pet-loving citizens, Rubin and Carmen, in their efforts to keep their animals:

When a PHP staff member met Rubin, he was sitting in the lobby of Animal Care & Control of NYC with his elderly dog, Red, lying at his feet. Rubin, a senior citizen who suffers from emotional and psychological disabilities and relies heavily on his dog for emotional support, was there to relinquish his closest companion of 11 years because of a new NYC public housing policy prohibiting certain breeds. Rubin was devastated at the thought of losing his pet, but he had no money for a new apartment, nor could he consider living somewhere other than the home he had lived in for decades. It seemed that there was no recourse – a city officer had ordered him to remove his friendly dog from the apartment. Fortunately for Rubin and his best friend, the PHP staff member happened to be in the shelter lobby that day and offered him assistance.

Similarly, Carmen and her family was in danger of losing their two beloved dogs because her landlord claimed that keeping the dogs in their Brooklyn apartment was a violation of her lease, even though Carmen’s family had openly maintained the dogs for a long time. The landlord notified Carmen that she must remove her dogs or be subject to eviction proceedings. Carmen lives with and cares for her father and her mother who both suffer from serious emotional disabilities and take great comfort in the presence of their pets.

It was our legal team’s long-standing relationship with Paul Ferrillo at Weil, Gotshal, and Manges that made it possible for Carmen and Rubin to keep their animal companions. When The HSUS presented Weil with these cases, Paul and his team went to work, arguing in various courthouses in New York City, among other things, that various provisions of state and federal law required property owners to make reasonable accommodations for tenants to allow them to keep their pets as support animals.

There’s no formula for keeping pets in the home – every circumstance and case is different. But we are learning a hundred different ways to help, and then passing the lessons on to other shelters. In the end, we are helping to maintain the human-animal bond, to avoid the heartache that comes from separation and relinquishment, and, in the broadest sense, to save lives and prevent euthanasia of healthy and treatable dogs and cats in our communities.