Orca in the Bathtub, Bullhook in the Hand

You can’t turn on CNN these days without seeing a teaser for the powerful documentary “Blackfish,” which I previewed some months ago on the blog. We should reward CNN with a big audience for this important exposé of an industry that wrongly keeps whales in captivity for public display. 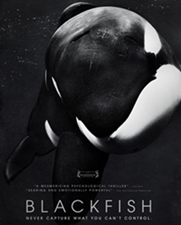 Director Gabriela Cowperthwaite’s documentary has generated more than $2 million at the U.S. box office and will get its biggest audience to date when it airs on CNN this Thursday, Oct. 24. The film takes audiences behind the scenes to see the inhumane captures, training methods, and inadequate living conditions of large, intelligent orcas at marine mammal theme parks. Viewers and the general public seem to be taking note – since the film’s release this past summer, SeaWorld reported in August that attendance at its theme parks had dropped by 6 percent. Consumers may be voting with their dollars already.

Just as orcas are sentient, long-lived animals who are not meant to perform silly stunts, the same is true for elephants. The city of Los Angeles is now targeting one of the most inhumane devices used in the circus industry: the bullhook. Bullhooks are cruel instruments used to train and control an elephant by instilling fear in the animal and delivering pain to sensitive areas of the elephant’s body as the handler sees fit.

Tomorrow, Wed. October 23, the LA City Council is expected vote on a proposed ban on bullhooks. Today, the Los Angeles Times endorsed the ban again, and that’s a good indicator of where the people of Los Angeles stand on this issue. We hope one of the most animal-friendly city councils in America does the right thing tomorrow.