There is a New Normal in the Egg Industry, and it’s Cage-Free

By Blog Editor on March 1, 2016 with 3 Comments By Wayne Pacelle 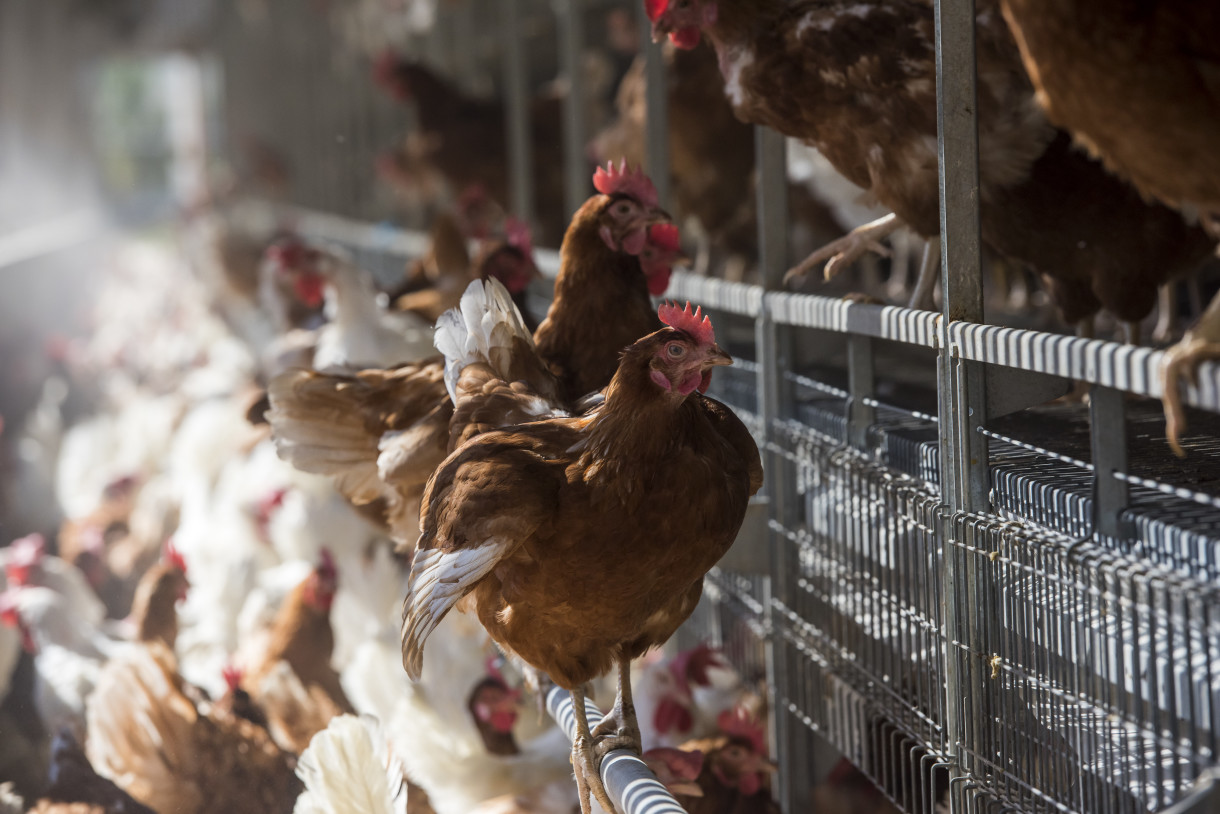 The announcements today absolutely cement cage-free as the new minimum standard for the care of laying hens in the food business. Photo by David Paul Morris/For The HSUS

Today Albertsons, one of the largest food retailers in the country and owner of many of the biggest brands in the supermarket business (Safeway, Albertsons, Shaws, Pavilions, Star, and Vons), announced it will switch to exclusively selling cage-free eggs. The company joins Costco, Trader Joe’s, BJ’s Wholesale Club, and Ahold in the category of major grocery stores and other high-volume food sellers that have joined our campaign.

Also today, Kraft Heinz, one of the country’s largest food makers, announced it is switching to exclusively cage-free eggs throughout all of its North American operations. This means that every top food manufacturer in the United States now has a policy to eliminate cage eggs from their supply chains — a list that includes Unilever, Nestle, ConAgra, General Mills, Kellogg, and many more.

These announcements absolutely cement cage-free as the new minimum standard for the care of laying hens in the food business. They just about guarantee that no new battery cage facilities will ever again be built in the United States, while there will be a boom in cage-free construction starting right now and continuing with vigor for the next decade.

With Albertsons’ Safeway brand, The HSUS has had a strong relationship with many members of the leadership team over the years. They’ve always had good instincts on animal welfare and yearned to consistently grow as a leader within the retail industry. As one example, the company was the first grocer to come out calling for an end to gestation crates. This led to The HSUS honoring Safeway’s forward-thinking animal welfare work with our Henry Spira Humane Corporate Progress Award in 2014.

And with Kraft Heinz, we’ve worked collaboratively with both Kraft and Heinz, before the companies came together. Both separately started switching to cage-free eggs and both also had policies to eliminate gestation crates from their supply chains.

In recent months, more than 60 of the world’s largest food retailers, restaurant chains, and others have set timelines for going 100 percent cage-free. I’m confident that within the next month we’ll see other retailers come on board, which would ensure that all sector leaders within the food industry have determined that cages within egg production will be eliminated – by all accounts, within the next nine years.

The animal movement has battled this inhumane practice for decades on end. Philosopher Peter Singer wrote about the misery suffered by hens in egg production back in 1975. It’s great to know that the cages are finally on a trajectory to be emptied and broken down. In the years ahead, we won’t find battery cages in massive warehouses in Iowa or Indiana, but in images documented in books, websites, and films that recount the ugly, harsh era of mass confinement of animals. That era finally faded away when we all put our shoulders into securing enduring reform, and major food sellers decided that their shelves would no longer be stocked with a backstory of cruelty and suffering.