States Have a Grisly Plan for Grizzly Bears 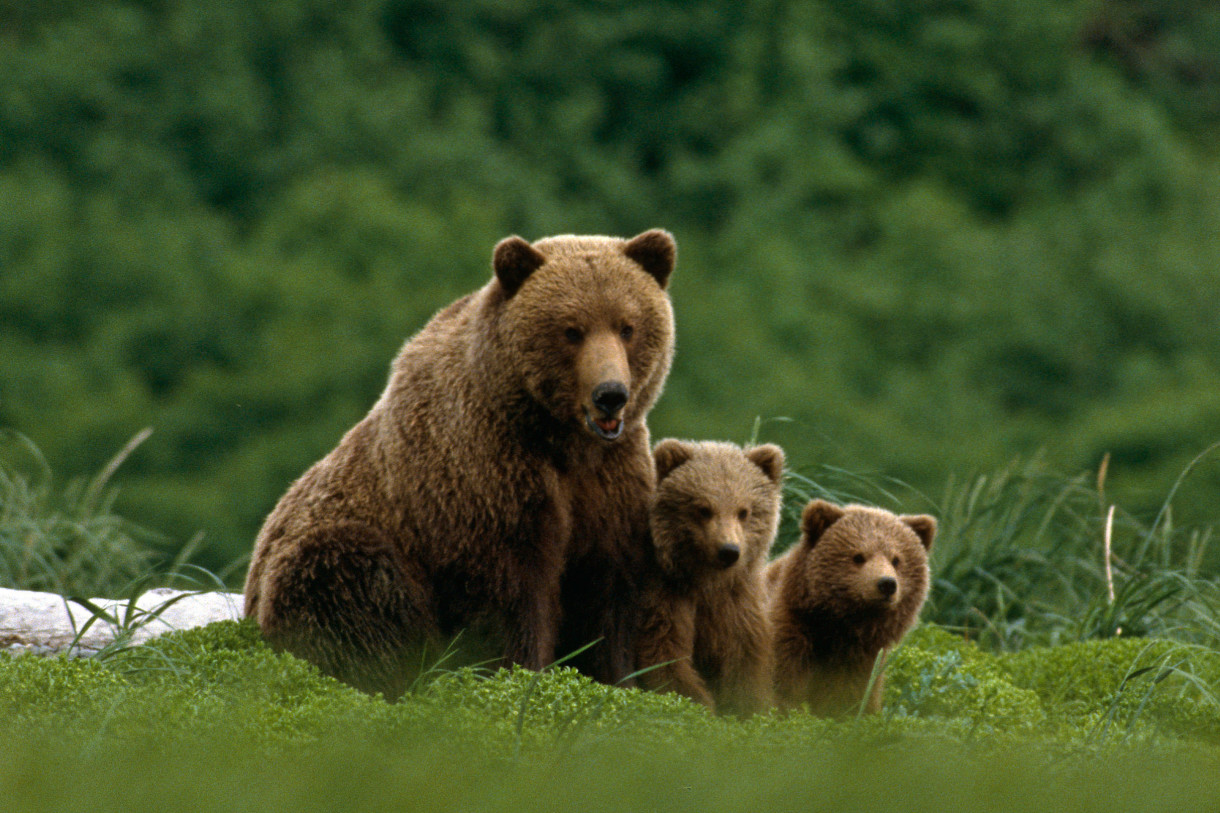 Grizzly bears, much beloved characters in the natural drama that is Yellowstone, could find themselves in the gunsights of trophy hunters seeking a wall mount or rug in their homes, if the U.S. Fish and Wildlife proposal goes through. Photo by Alamy

Last night, I participated in a two-on-two debate about trophy hunting on the popular program “Intelligence Squared,” with the live audience rejecting the resolution that hunting promotes conservation. So much of the discussion turned on the escapades of globe-trotting trophy hunters who slay the world’s rarest animals, yet claim somehow that they are doing a favor to wildlife. It’s a case again of how people bent on hurting animals strain to assign a social benefit to their actions in order to confuse the public, obscure their motives, and thwart our efforts to drive humane reform.

We have our own trophy hunting controversy revving up in the United States that may rival the killing of Cecil the lion in generating public disapproval and disgust. The U.S. Fish and Wildlife Service (FWS) has proposed removing federal protections for grizzly bears in the Greater Yellowstone Ecosystem under the Endangered Species Act (ESA) and state wildlife agencies in the area are poised to unleash trophy hunters to kill North America’s biggest predators – not for food or management, but for bragging rights.

This week, Dr. Jane Goodall and 58 other prominent scientists submitted a letter to FWS denouncing the plan. The letter questions the FWS finding that the grizzly bear population in the area has achieved long-term viability and stability. “There is far too much uncertainty reflected in the current science to justify such a conclusion; rather, the best available science and the precautionary principle demands continued federal monitoring of this vulnerable population, which will only happen with continued ESA protection,” they stated.

Yellowstone’s grizzly bears are in the news right now, after FWS revealed that Scarface, an older bear who has been called one of the park’s most famous grizzlies, was shot and killed outside the park last November. FWS is investigating that shooting because the bears are still protected under the ESA. But if the new proposal goes through, it could be open season on dozens of bears, including the world famous grizzly 399. These animals, much beloved characters in the natural drama that is Yellowstone, can find themselves in the gunsights of trophy hunters seeking a wall mount or rug in their homes, as the animals stray beyond a national park boundary invisible to them.

The FWS proposal to delist grizzly bears is premature and it carries enormous consequences, especially for the gateway communities that draw millions of tourists who visit Yellowstone and Grand Teton national parks, in the hope of catching a glimpse of its famous grizzly bears. In The Humane Economy – in relation to the economics of trophy hunting versus wildlife watching – I write how the park and the grizzly bears are an economic engine for the Yellowstone region, generating hundreds of millions in economic activity last year alone. Take out the grizzly bears, and make any survivors wary, and you’ve just removed the star of the show.

Grizzly bear populations are not resilient to human persecution. Human-caused mortality contributes to more grizzly deaths than any other single cause, even without trophy hunting. If we add that to the mix of threats, including habitat loss and climate change, these animals could again face great jeopardy as a community.

Join me to voice your opposition to this ill-conceived proposal. Tell FWS to maintain protections for the Greater Yellowstone Ecosystem’s grizzly bears under the ESA. The comment period closes on May 10th so it is vital you act now.