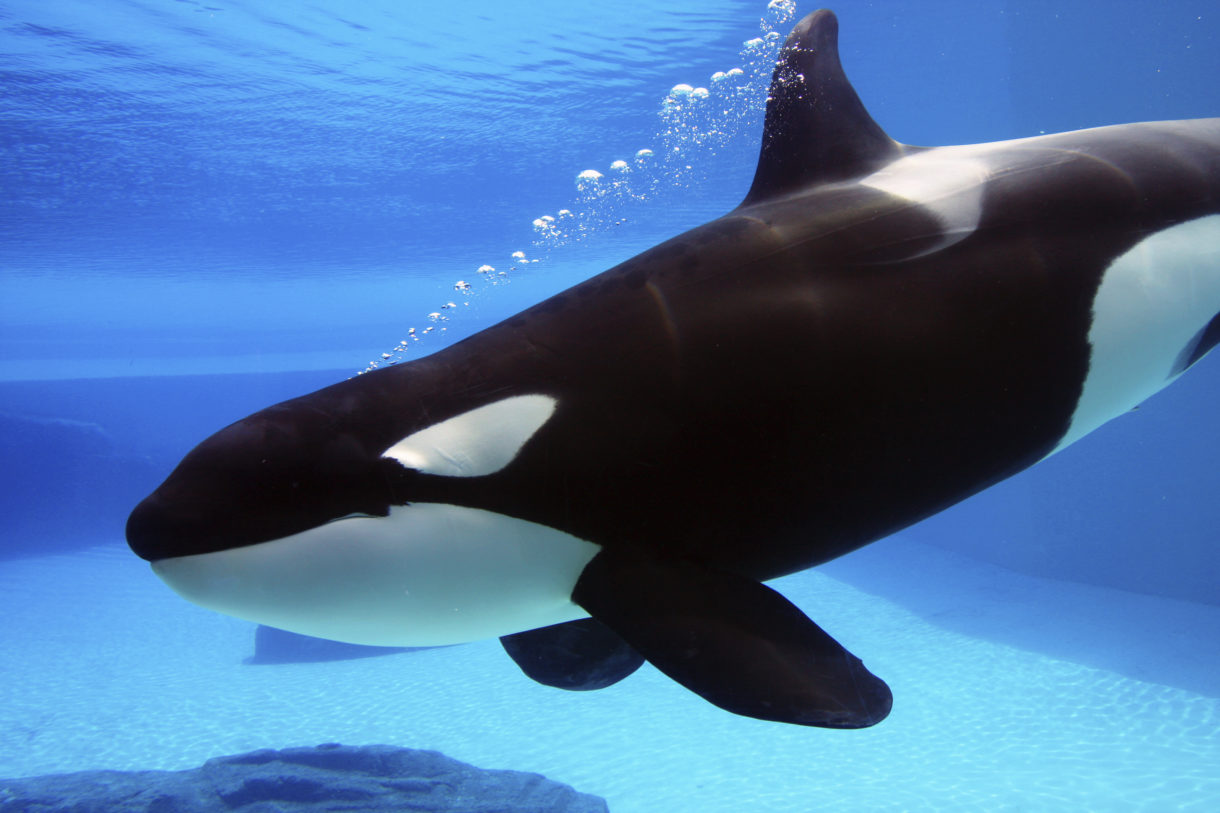 The California bills show an extraordinary and rapid shift in public attitudes, with growing awareness and sympathy for the plight of highly intelligent and social captive wildlife like elephants and orcas. Photo by iStockphoto

California Governor Jerry Brown is poised to sign a budget bill this week, and tucked within it is a provision to bar any breeding of captive orcas in California – making the state the first to forbid this practice. SeaWorld supports this new policy, as a logical follow up to the publicly announced reform package it agreed to implement in cooperation with The HSUS.

This action comes on the heels of Governor Brown’s signing Senate Bill 1062 into law, to prohibit the use of bullhooks – instruments that resemble fireplace pokers and that cause trauma and injury to elephants when handlers strike the animals with them.

The enactment of both these policies underscores an extraordinary and rapid shift in public attitudes on the use of wild animals for human entertainment. Awareness and sympathy for the plight of highly intelligent and social captive wildlife like elephants and orcas has been surging, and this is more evidence of that. These measures both had commanding support in the state legislature.

Families and children are increasingly choosing alternate forms of entertainment rather than patronizing traveling shows and circuses that require elephants to spend most of the year on the road, chained in box cars or trailers, their daily lives punctuated with frequent abuse by handlers wielding bullhooks. Rhode Island became the first state in the nation to ban bullhooks just one month ago, and in the past two years, a number of major cities, including Austin, Los Angeles, Minneapolis, Oakland, Richmond (Virginia), and Spokane, have banned these instruments of fear and intimidation (HSUS National Council member Cheri Shankar had a big hand in driving passage of the California ordinances). We know that Ringling Bros. and Barnum & Bailey Circus has terminated its use of elephants in its traveling shows, but lesser known circuses are holding out. It’s time for them to recognize the new normal and end their elephant acts, too.

We are also immensely grateful to Assemblyman Richard Bloom for championing the California Orca Protection Act in Senate Bill 839, and to Assembly Speaker Anthony Rendon, Assembly Speaker Emeritus Toni Atkins, Senate President Pro Tem Kevin de Leon, Senator Mark Leno and Senator Ben Allen for their staunch support in getting it to the finish line. Along with The HSUS, the bill was strongly supported by the Animal Welfare Institute and dozens of other conservation and animal protection organizations.

These are just the latest gains in California, which is squarely in the lead in incubating and adopting animal protection policies. Here’s just a sample of what California lawmakers have enacted in recent years: banning any commercial trapping of bobcats, outlawing the use of dogs in hunting bears or bobcats, prohibiting the sale of eggs from hens kept in confining cages, outlawing the use of lead ammunition to kill wildlife, banning trade in shark, ray, and skate fins and in rhino horn and elephant ivory, making it illegal to cut off the tails of cows, increasing penalties for dogfighting and cockfighting, and curbing the use of human-important antibiotics given to farm animals. Lawmakers also rejected a whole host of bad ideas, including a proposed “ag gag” bill and a measure to repeal the state’s decades-long ban on the import of kangaroo skins into the state for shoes and other commercial products.

In fact, since 2008, when California voters approved Prop 2 in a landslide vote, lawmakers have passed more than 60 new animal protection ballot measures. Prop 2 reoriented the state and its political leaders on animal protection issues. Our lead legislative advocate in the state, Jennifer Fearing, has spearheaded so many of the gains, but she’d be the first to concede that it’s been an ensemble cast, with our amazing program and litigation staff teaming up, HSUS volunteer leaders, millions of Californians showing concern for animals, outstanding lawmakers leading reform efforts, and Governor Schwarzenegger and, most notably, Governor Brown, showing resolve and vision on these issues.

California is showing that we can have a booming economy and also safeguard animals. In fact, more and more, we’re recognizing that having a strong economy requires caring for animals, and that animal protection values and commerce must be bound together if businesses are to succeed.