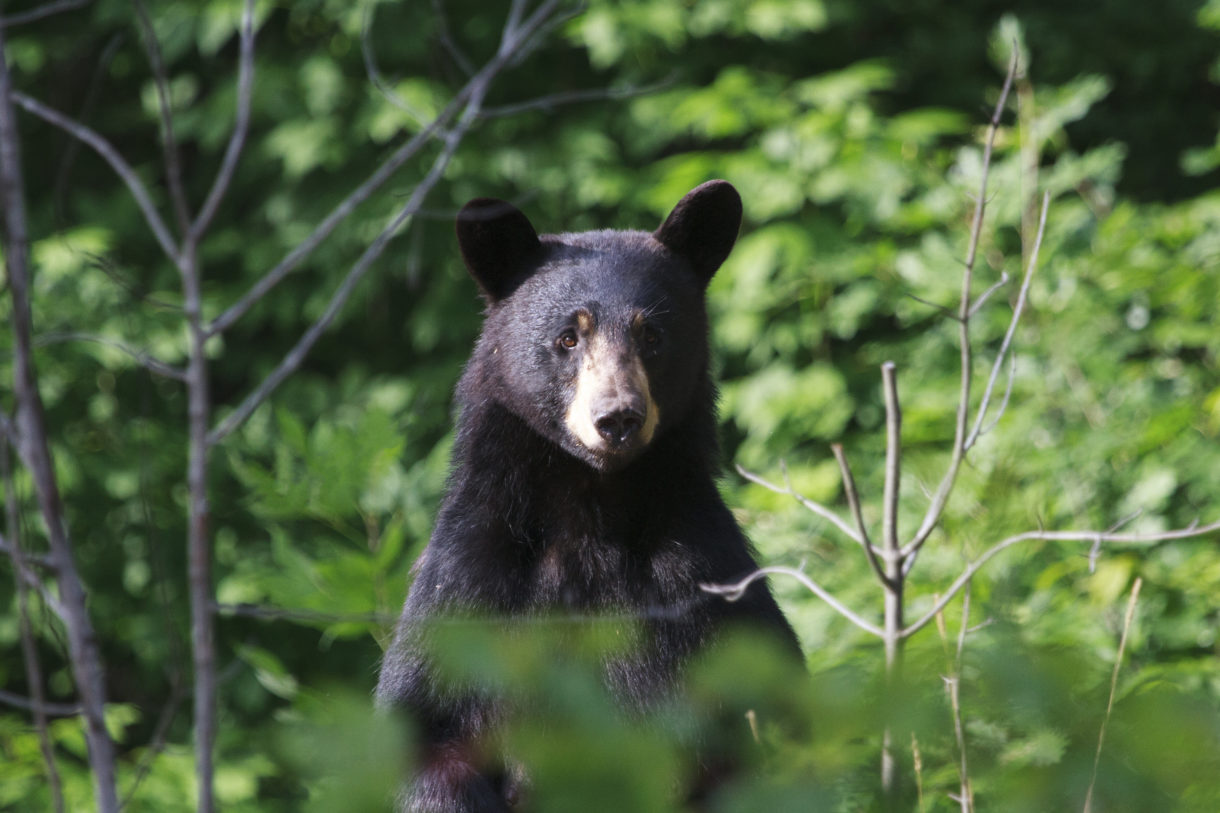 In a frenzy of killing, trophy hunters killed 562 bears during this year's archery and muzzleloader season in New Jersey. Photo by iStockphoto

With the apparent killing of Pedals last week, and the slaying of more than 500 other black bears in New Jersey, it’s clear that something’s rotten in the Garden State.

In a frenzy of killing the state’s small population of bruins, trophy hunters killed 562 bears during this year’s archery and muzzleloader season. Readers of a New Jersey newspaper saw a tiny cub hoisted by his feet as he was weighed by state officials. A homeowner found that a female bear had died on his lawn overnight, likely slowly and painfully, after being hit by an arrow.

But perhaps most poignantly, a trophy hunter shot a famous, disabled bear, known throughout New Jersey and the world by the name of Pedals. He was dubbed Pedals because he’d managed to find a way to survive with two injured or deformed front legs that inhibited him from walking on all fours. In order to get around, Pedals walked upright on his two back legs. This harmless bear won the admiration and sympathy of millions of people around the world who saw footage of him, taken by members of the community. He looked like a man in a bear suit, showing us — with this unwitting human impersonation — the amazing similarities in height, weight, and posture that we share when a bear stands on his or her hind legs.

It takes a very twisted person to kill an animal like Pedals. In a collective sense, it’s an embarrassment for New Jersey to sanction and organize a bear slaughter of this scale – an almost unrestrained plan developed by the Department of Fish and Wildlife and executed by hunters. It is a directive that’s not based on science, but rather one that caters to a few thousand trophy hunters in a state of millions of animal lovers.

The state gave the all-clear to kill mother bears and their dependent cubs. That’s a practice permitted in only one other state: Alaska.

The state also allows baiting, where bears are lured into range by setting out a garbage pile and taking advantage of the animals’ fall feeding regimen that allows them to survive a long winter hibernation. New Jersey is an outlier in this sense also — one of only 13 U.S. states that permit this unsporting practice, which voters in Colorado, Massachusetts, Oregon, and Washington have outlawed by citizen initiative.

The state this year allowed an annual kill of nearly a third of the entire state bear population. Serialized from year to year, that’s a prescription for extirpation of New Jersey’s bears.

While baiting creates an easy kill opportunity, it also amounts to a form of supplemental feeding that has the potential to spur reproduction among surviving bears – contradicting and undermining overhyped claims about the need to control the bear population. As a matter of stimulating unwelcome bear behavior, there couldn’t be a worse strategy. Bears habituated to baits move in closer to human settlements, searching for more of the same in trash bins and increasing the likelihood of human-bear conflicts.

Despite claims by DFW officials, the trophy hunting of bears does not increase human safety. This is because trophy hunters generally remove non-problem bears, far from human habitation, in an attempt to acquire an impressive trophy. Apparently in New Jersey, a sensational trophy includes tiny cubs.

Instead of killing random bears not involved in conflicts, community-based education programs that emphasize the benefits of bears, combined with stringent law enforcement, are truly effective at reducing human-bear conflicts. For example, Yosemite National Park recently reported a 92 percent decrease in conflicts by educating the public and by enforcing special codes concerning humans and bears.

We commend the magnificent work of Sen. Raymond Lesniak, D-Union, Sen. Diane Allen, R-Burlington, and other legislators for taking a stand for New Jersey’s bruins. In the Assembly, two bills passed out of the environment committee, condemning the bear hunt and removing black bears from the list of game species. Sen. Lesniak, who has an incredible record of advancing animal protection measures, has dubbed his measure “Pedals’ Law.” On Monday, the Senate Economic Growth Committee advanced a bill that would impose a five-year moratorium on the bear hunt while a comprehensive non-lethal bear management program is developed. It bans bear baiting and incorporates requirements for bear-resistant trash management. That bill is expected to come to the floor for a vote in coming weeks.

It’s an appropriate memorial for a killing that shows the utter heartlessness of the trophy hunting lobby. Are no animals off limits? Are all animals just trophies in the waiting? Are there any limits on their conduct? With public opinion behind them, New Jersey lawmakers have all the evidence they need to pass a five-year moratorium. Do it for Pedals.

P.S. If you are from New Jersey, please ask your Senator and two Assembly members (find them here) to support humane legislation and end New Jersey’s extreme and unscientific bear hunt.